The submissions this week seemed to have coincidentally developed a theme of self-reference. You tell me.

First, persistent Caleb S. tried over and over again to submit this same item for our consideration. He called it a "space-enfolding bus" and said that "There's apparently more space in this Afternoon Tea bus than meets the eye -- you can book seats for 500 adults and 500 children." Alas, his submission came without an image, so we asked for a do-over. Dutifully done, Caleb's second and third attempts both reported "Please use the comments from when I tried to submit this without an image." With that behind us, here is the image from the final attempt.

I thought there was some kind of mistake, but I finally figured it out. The Space-Enfolding Bus is also a Self-Enfolding bus, and it's been swallowed by its own singularity. Or else it's snowing very hard.

Next, intrepid tourist Andreas R. noted "I came across this while browsing for travel SIM cards. I didn't realize the United States had a population of over 300 trillion people! And one of the most interesting places to visit in the USA is America, go figure." Not only is America a place to visit in America, it's also a country in America. Is bullshit content generated for SEO truly a WTF anymore? Or is it just so de rigeur that it can only be a JFC? Either way, it's just recursive enough to clear this here bar. (Interestingly, note that since the USA has no official language, the boilerplate text has a NULL in it which could have been handled better or worse.)

Security dabbler Metal Rafa does, and does not, reporting "It's good to have options, especially for those who can't make up their minds about unsubscribing from a marketing email list or not. SentinelOne's mailing list software now lets them do both at the same time!" 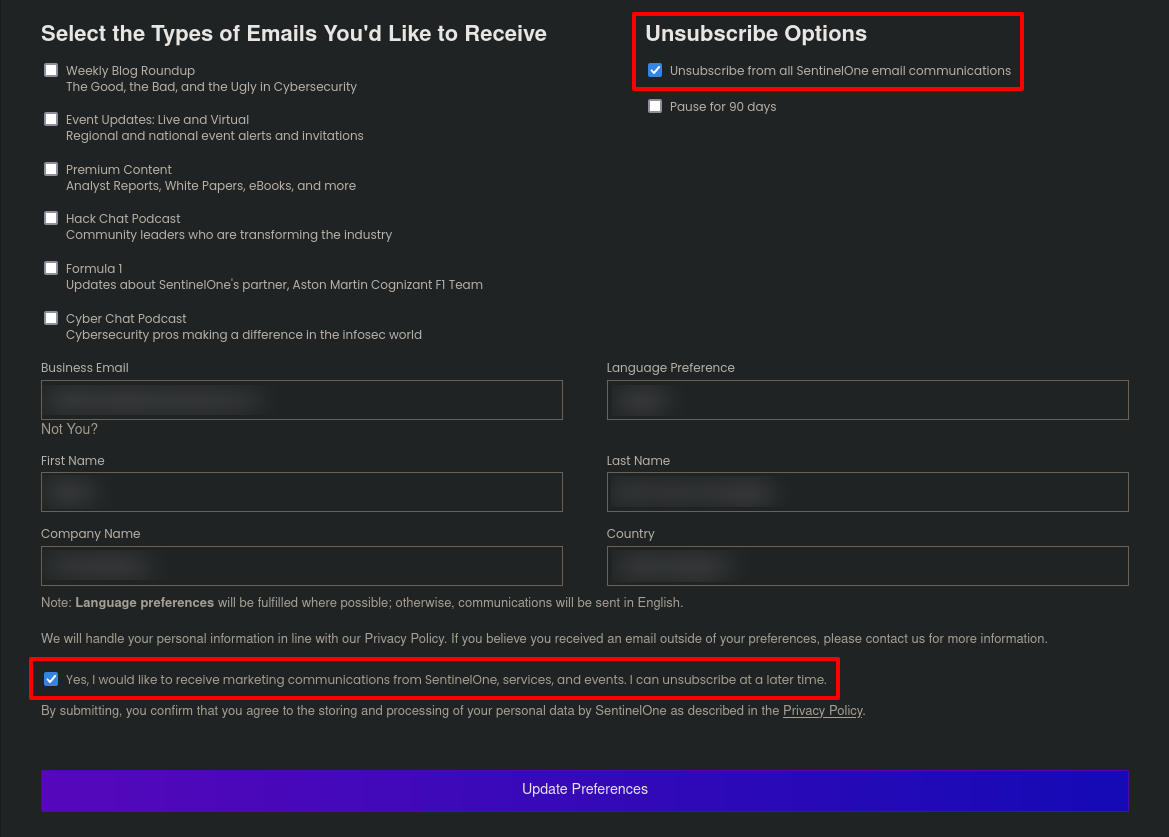 Continental Faroguy found an error-rate error and shared it "Reddit was having trouble loading pages and the error rate report was not encouraging."

And finally, dedicated troublemaker Andy caught us in an edit and decided to rub our metaphorical nose in it. "I stumbled on this gem in my RSS reader. Is this maybe a bit cheeky? Perhaps a bit too on the nose? Sure. But there's no world in which I can pass it up." And no world in which I can turn it down, either. Roast crow, yum.