Buffalo, New York is a recovering Rust Belt city which has given the world several notable achievements. First, a fairly forgettable sliced meat sandwich au jus more known for its barely edible stale roll than for the entirely unremarkable beef entombed within. Second, an innovative repurposing of a castoff fowl appendage into a drunkard's delicacy (and Mlle Simpson's famed befuddlement). Most of all, it's indispensable for the construction of a lighthearted linguistic shibboleth: Buffalo buffalo buffalo buffalo... and so on. Unfortunately, the city also brings us bad news this week.

But first, Tony H. reminds us of a famously scandal-ridden bank. Theirs might not have been the worst fraud in 2016 (or 2017, or 2018, or 2019) but apparently they're now tightening down the screws on consumer lending. Tony observes, frostily, "a credit card with a limit below zero is alarming even for Wells Fargo."

Sleepless David Green puns breathlessly "My Philips CPAP machine was recalled and I am waiting for a replacement machine. I'm concerned about the possible harm my existing machine could do, and I'm hoping that the new machine is better, but if it's anything like their string formatting for reference numbers, I'm not exactly inspired with confidence." Nyuk.

Job-hunter Pawel serves up a short cup. "I've heard there have been staffing shortages recently, but didn't realize the bar would be so low!" Nivel, for los analfabetos, means degree in this argot.

An anonymous HBO Max viewer surnamed B. reached out for help, asking "This is my second time watching this film and I still don't know what happened to Peter and Vera." I'm sorry, Mx. B. I read the book, and I couldn't figure it out either. (we probably should have a special column just for the "bad online shopping data" since there's So. Damned. Much of it. And it's kind of a special case of WTFery that doesn't quite rise to the level of endless NaNs.) 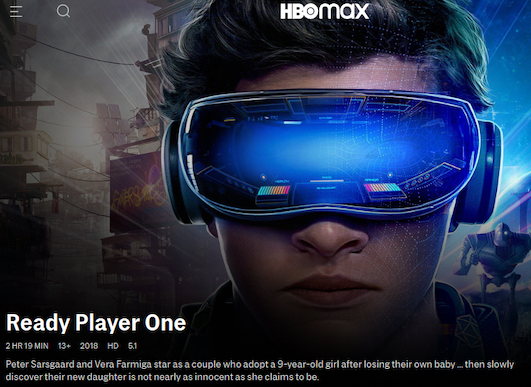 And finally, Buffalonian (it's a word!) Chris N. previews our column of bad online journalism data and our column of troubled timestamps with this ripped straight from the breaking news: "Trusted since year 40 -- is that AD or BC? Better ask Meredith." ISO 8601 OR ELSE!