As per usual, we're looking back at some of the best articles of the year. This one's so good, we need to quote it twice. Original --Remy 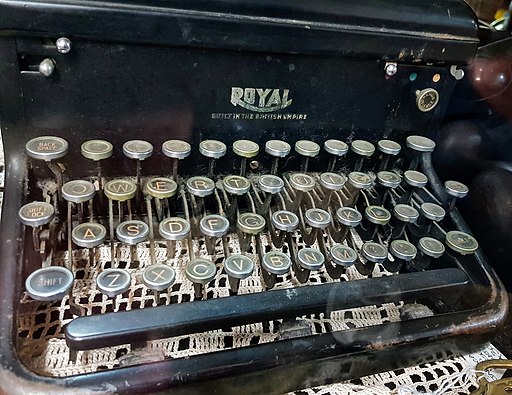 Back in the 90s, Steve was the head (i.e. only) programmer and CEO of a small company. His pride and joy was a software package employed by many large businesses. One day, a client of Steve's named Winston called him concerning a critical, show-stopping bug.

CEO Head Programmer Steve was also the Technical Support Lead, and thus he faithfully took up the issue. Over the phone, Winston carefully described the steps needed to reproduce the crash, and Steve walked through them. At a certain point, entering data and hitting Return rendered the program unusable for Winston—but not so for Steve. Much back-and-forth ensued as Steve tried to figure out what Winston was doing differently, and the frustration in Winston's voice mounted every time he had to reboot the system. It was as if the program had something against the poor man.

Since they weren't getting anywhere over the phone, Steve decided he had no choice but to drive out to Winston's office to continue troubleshooting in person. They made arrangements to meet up the next morning.

Once they got together, Winston was easily able to demonstrate the problem. Then Steve sat down at the very same computer, typed exactly the same things ... and everything was fine. They tried again several times, and it really seemed as if the program could sense who was sitting before it. Poor Winston could never catch a break.

Just as Steve despaired of ever figuring out the issue, he happened to get a good look at Winston's hands as he typed.

"Hang on!" Steve cried as the solution hit him. "I see the problem here. The parser is expecting a double quote there. You're typing in two single quotes."

Winston glanced to him with confusion. "Well, how else do you make a double quote?"

Steve was dumbfounded at first. Nevertheless, he patiently walked Winston through the difference between typing two single quotes and one double quote using the Shift key.

"Huh!" Winston said. "The typewriter I learned to type on didn't have anything like that."

"There was no key for that. You had to type two single quotes," Winston replied with an authoritative nod.

That must've been quite the old typewriter, Steve thought. He'd had experience with typewriting in his own youth, and remembered Shift keys and double quotes on the models he'd used. It was true, though, that the earliest typewriters only typed capital letters, and thus had no Shift keys.

When writing documentation, Steve had never imagined needing to explain something so regularly taken for granted among computer users. Thankfully, Winston was quite pleased with the lesson. As Steve drove home, he knew he still had to come up with a means of handling bad input in a more elegant fashion, but at least he knew his program wasn't malevolently sentient, just picky.