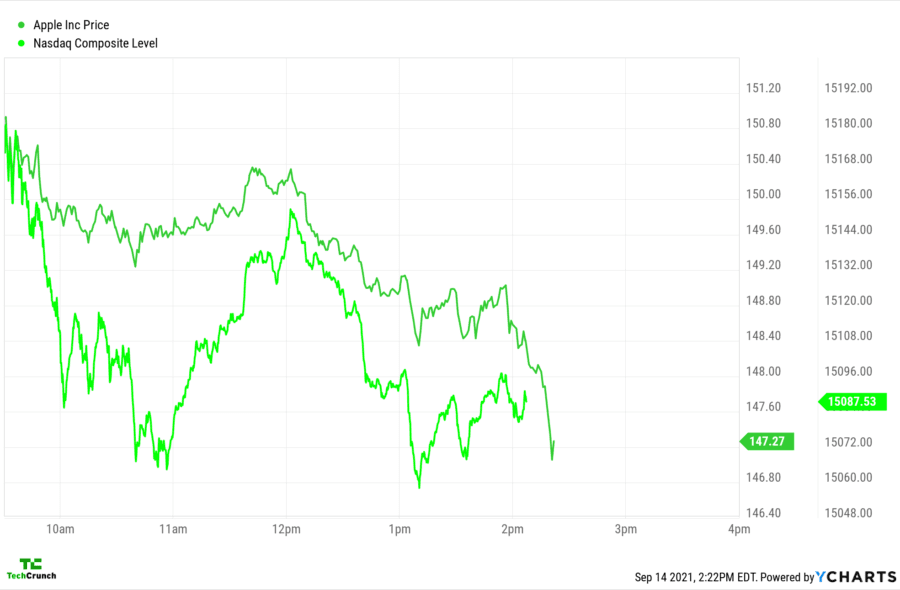 The TechCrunch crew is hard at work writing up the latest from Apple’s iPhone, iPad and Apple Watch event. They have good notes on the megacorp’s hardware updates. But what are the markets saying about the same array of products?

For those of us more concerned with effective S&P dividend yields than screen nit levels, events like Apple’s confab are more interesting for what they might mean for the value of the hosting company than how many GPUs a particular smartphone model has. And, for once, Apple’s stock may have done something a little interesting during the event! 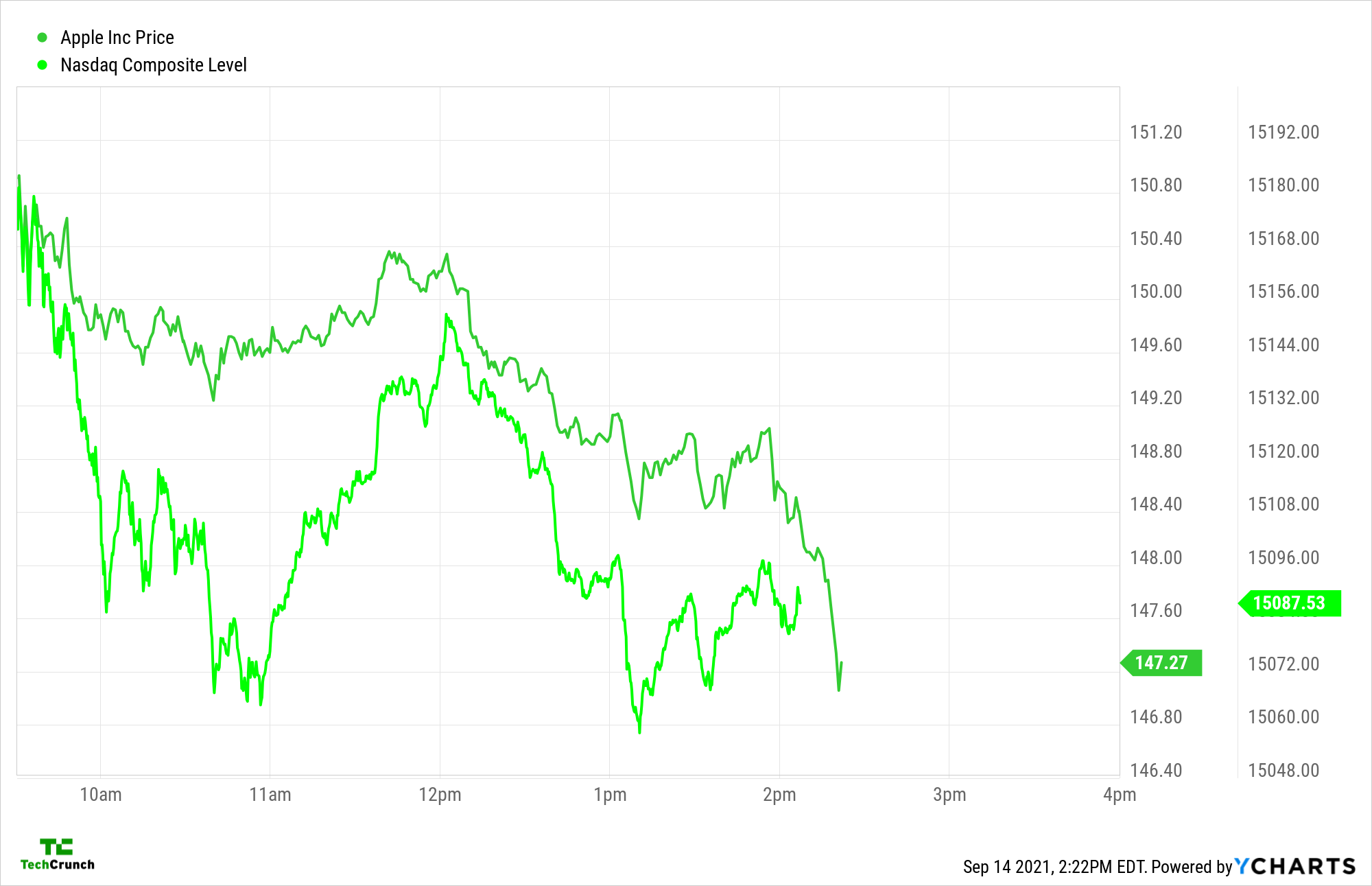 This is a one-day chart, mind, so we’re looking at intraday changes. We’re zoomed in. And Apple kinda took a bit of a dive during its event that kicked off at 1 p.m. in the above chart.

Normally nothing of import happens to Apple’s shares during its presentations. Which feels weird, frankly, as Apple events detail the product mix that will generate hundreds of billions in revenue. You’d think that they would have more impact than their usual zero.

But today, we had real share price movement when the event wrapped around 2 p.m. ET. Perhaps investors were hoping for more pricey devices? Or were hoping Apple had more up its sleeve? How you rate that holiday Apple product lineup is a matter of personal preference, but investors appear to have weighed in slightly to the negative.

Worth around $2.5 trillion, each 1% that Apple’s stock moves is worth $10 billion. Apple’s loss of 1.5% today — more or less; trading continues as I write this — is worth more than Mailchimp. It’s a lot of money.

You can read the rest of our coverage from the Apple event here. Enjoy!